Please note: All Prescription drugs require a prescription from the prescriber prior to shipment. 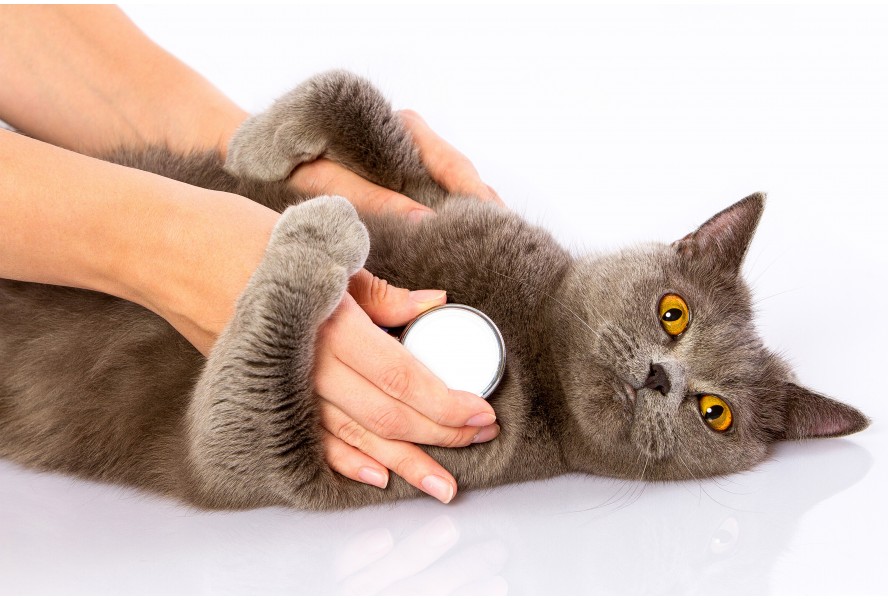 Protect your cats against heartworms

Before discussing the treatment options, it is very important to understand more about the heartworm disease, its life cycle and how it gets transmitted to cats. Contrary to common belief, indoor cats are also susceptible to getting heartworm disease; in fact nearly one-third cats suffering from the disease are indoor only cats. Let's start with learning about heartworm disease.

What is Heartworm disease?

Heartworms, in general, are blood-borne parasites (named Dirofilaria Immitis) that reside in the heart or adjoining large blood vessels of infested animals. The female worm is 6 to 14 inches long and 1/8 inches wide. The male is about half the size of the female.

Heartworm disorder is more common in dogs than cats. When compared to dogs, cats are more resistant to heartworm infestation with the rate of occurrence in cats reported to be 5-20% of the rate in dogs in same geographic area. Current research shows that in cats with heart and respiratory disorders, heartworm is found to be more common than previously thought. Generally, cats have less adult worms than dogs, often less than 6.

Transmission of heartworm disease requires a carrier. However, it cannot transmit directly from one cat to another or from a dog to a cat. The life cycle of the heartworm is complicated. Heartworms require mosquitoes as an intermediate host and as many as 30 species of mosquitoes can act as a host that carries and can transmit heartworms. Mosquitoes consume immature heartworm larvae, referred to as Microfilariae, by feeding on an infested cat or, usually, an infested dog. Once consumed, the Microfilariae continues to grow further within the mosquito for 10 to 30 days and then passes into its mouthparts. It can then transmit to a cat through mosquito bite.

It takes months for the transmitted larvae to develop and migrate to the right side of the heart and the pulmonary arteries. Once there, the larvae grow into mature heartworms that are capable of reproduction in approximately six months from the time the larvae is transmitted into the cat. The next stage in life cycle of heartworms happens in about eight months’ time when they begin to produce new crop of Microfilaria that will live in cat’s blood for about a month. Cats are resistant hosts, and few circulating Microfilaria are generally found.

Diagnosing heartworms in cats is often difficult because none of the methods used for diagnosis are 100% reliable. The diagnostic order generally move on as follows:

Treating cats with the medication made for dogs can make the heartworms to pass through the pulmonary arteries into the lungs; where the reaction to the dead and dying worms can cause severe lung failure or even sudden death.

For infected cats, often treating the symptoms of the disorder is done in hope the cats can outlive the worms. Heartworms live in a cat for about two to three years so treatment for the symptoms needs to be done for several months. The danger of a severe failure or sudden death is always looming when treating the symptoms so it is necessary to keep a close watch on the cats for any emergency that may arise. Consult your Veterinarian for advice.

Another possible treatment option is removing the heartworms by surgery. It is not a popular option in North America yet. It is followed more in some parts of Europe and Japan.

As mentioned above, prevention is the best form of defense against fighting heartworms in cats. Lack of treatment options and difficulty in diagnosing heartworms with certainty has led many Veterinarians to strongly suggest that all cats should receive monthly heartworm preventatives. 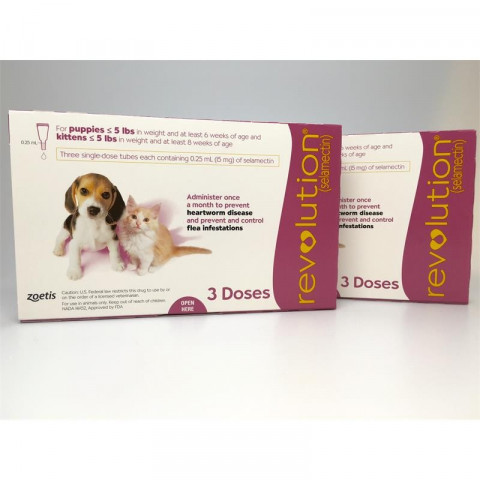 Revolution is a safe and simple monthly topical medication used to protect your pet from heartworms, fleas, and ear mites. It also protects dogs from ticks and sarcoptic mange and cats from roundworms and hookworms. Revolution for Dogs and Cats requires a prescription from your veterinarian.

Due to severe weather in many states, package deliveries are facing delays across many parts of the country. Please allow additional time for your packages to be delivered.